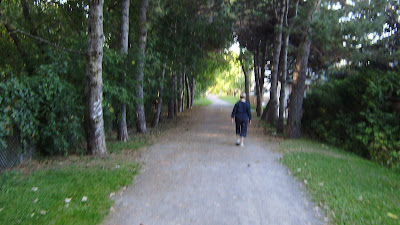 the 1963 segment between Young and Carling
Transportation Committee met at City Hall today to plan some significant cycling infrastruction projects.

The DCA wrote to each of the Committee members to draw attention to our strong support for the bike path along the east side of the Otrain corridor. We also asked neighboring associations to support the path, and the CHNA sent in a letter. The DCA president also appeared at the Committee to give the Association opinion:

We are pleased that the Committee approved $3.2 million for the path. The most expensive bit of construction is the underpass at Somerset Street, which is also being designed to be useful for a future LRT station there. Construction of the path will be in 2011 and 2012. With any luck, we will have a first class cycling infrastructure to use in two years! 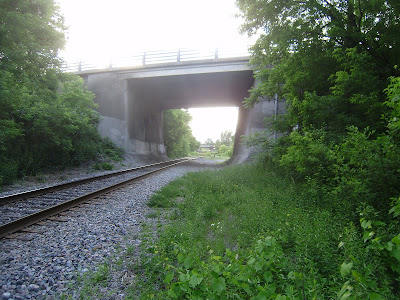 an underpass is required at Somerset Street, and connections up to street level 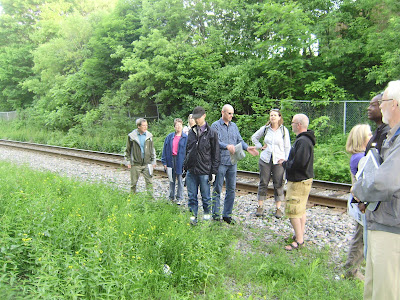 members of the DCA bushwhacking along the proposed route with city planners and consultants
By Eric Darwin - August 23, 2010