The developer on LeBreton Flats, Claridge, is asking the city for permission to increase the height of one of his next buildings from six floors to eight. The building will be directly along side the aqueduct, opposite the pumping station.

In our memory, this was supposed to be four stories along there, not six, not eight. We have been unable to find out how the four floors became six (and soon ... eight?).

The Assocation opposes the additional height since there is supposed to be a variety of building heights and the original public proposals for the development clearly show four floors in this area. Indeed, those four storey buildings are still displayed on the photomontage at the sales centre on the Flats.

Here is our letter:


The Dalhousie Community Association opposes the increase in height for this parcel.

The Association notes with interest that the staff’s rationale for the increase in height to “add a variation to the design of the building and a variation to the streetscape…to create a better built form and development profile which will add to the character of LeBreton Flats”.

Exactly the same effect could be achieved by reducing the proposed height from six floors to four.

This reduction would be completely in accord with the original plan of subdivision and development of the Claridge project on the Flats as presented by Claridge, the NCC, and the City, to the public. We are appending several photographs of the proposed development of the site which clearly show the plan was for four storey buildings, not six. Indeed, these photos are still prominently displayed at the Claridge sales office and presentation centre at the Flats, telling purchasers that the community will be low rise along the recreational aqueduct spine. We have been unable to find out from City staff how or when the public proposal for four storey buildings along the aqueduct became six, and soon… eight?

It is the position of the Association that

• The city should turn down this increase in height 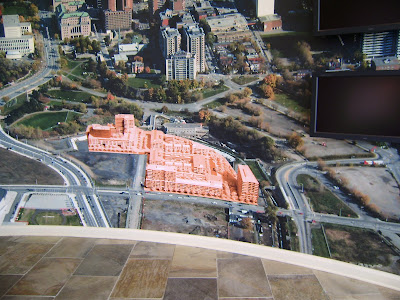 Photo montage based on the model of the site development. The subject parcel is on the top right portion of the development, as it curves along the aqueduct recreational spine. This original subdivision plan has height changes that add a variation to the design of the building and a variation to the streetscape … creating a better built form and development profile, adding to the character of the Flats. 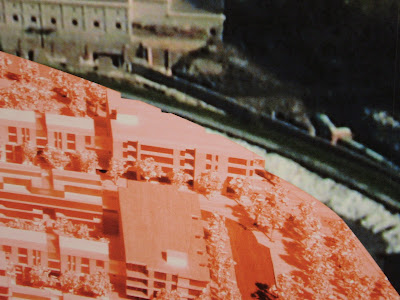 The subject building is on the upper centre right. The four storey height reflects good planning principles by being low rise along the recreational corridor of the aqueduct. These photos are displayed prominently on the site informing the public and condo buyers what to expect from future approved developments on the Flats. Is this just the first of the four storey buildings to be upzoned to eight? 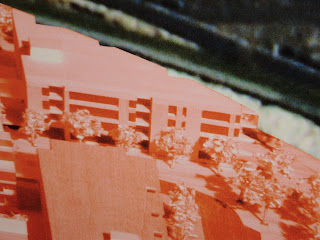 Subject parcel is on the centre right – four storeys, not six, not eight.